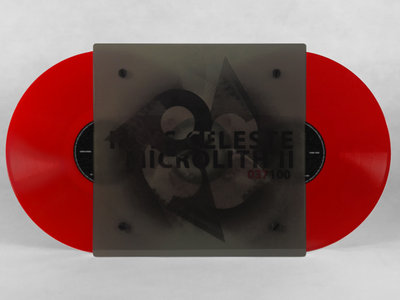 This pack include the double album by Rhys Celeste, Microlith II and also the mini-album produced by Microlith and Sound Synthesis. Three vinyl records in total.

ELECTRO, limited to 98 units - no repress