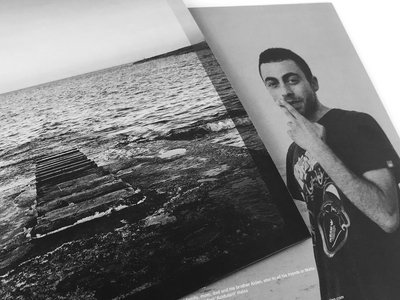 We recommend you also to visit this link for best prices, exclusive records and limited editions:
www.electro-records.com/electroclub/

This version is released in a high quality cardboard sleeve printed in reverse, 350gr. We took the picture for the cover this summer, that beautiful location is a very special place in Malta called Xaghjra, a meeting point for Rhys and his friends.

After the two limited editions this version is the last opportunity to have this excellent second album of Rhys.

In last two years Rhys has always been in my mind, I tried to include him in every project we released and still today I have him in my list for the next 808 Box. We released his tracks in the last two 808 Boxes and a full record in the Electric Eclectics project but we still had many tracks and with the permission of Rhys’ family and the help of his friends Daniel Chetcuti (Mutex) Neil Hales (Acidulant) and Keith Farrugia (Sound Synthesis) we will release a second doble album.

ships out within 10 days