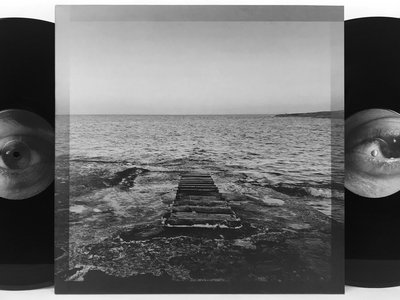 This pack include the double album by Rhys Celeste, Microlith II, and also the mini-album produced by Microlith and Sound Synthesis titled Electronic Travellers, both with its own sleeves and artwork. Three vinyl records in total.

This version is released in a high quality cardboard sleeve printed in reverse, 350gr. We took the picture for the cover this summer, that beautiful location is a very special place in Malta called Xaghjra, a meeting point for Rhys and his friends.

After the two limited editions this version is the last opportunity to have this excellent second album of Rhys.

ships out within 10 days